We’re digging a kilometre-long river valley through the Port Lands. This extension of the Don River will be on average 100 metres wide, lined with meadows, marshes, wetlands, upland forests and parks. It will flow south from the Keating Channel across Commissioners Street, then west out a renaturalized river mouth into the Inner Harbour of Lake Ontario. Overall, we’ll excavate up to 1.4 million cubic metres of soil to create this new river valley.

Rocky is a rock ripping bucket. He’s specially designed to dig as deep as three metres in to bedrock to create slurry walls along the edges of the future river valley. Now that he’s done digging the slurry walls, Rocky has been promoted to site supervisor to oversee the rest of the river valley’s excavation.

To excavate the new river valley, we need to keep the area dry and stable. To do this, we built temporary cut-off walls. In some places, we used concrete reinforced with steel. Elsewhere, we used a slurry of cement and clay.

In total, Rocky dug over 1000 metres of slurry walls—that’s as long as about ten football fields.

Now that the cut-off walls are mostly complete, crews are beginning to excavate the river valley itself. They are digging as deep as six metres down in some places to create a renaturalized mouth for the Don River. Most of the river valley has been excavated (check out the progress on the Rocky Radar below), and now we’re working on installing what will become the bottom of the river and river banks.

We’ll update the map below so you can keep track of the progress with Rocky. 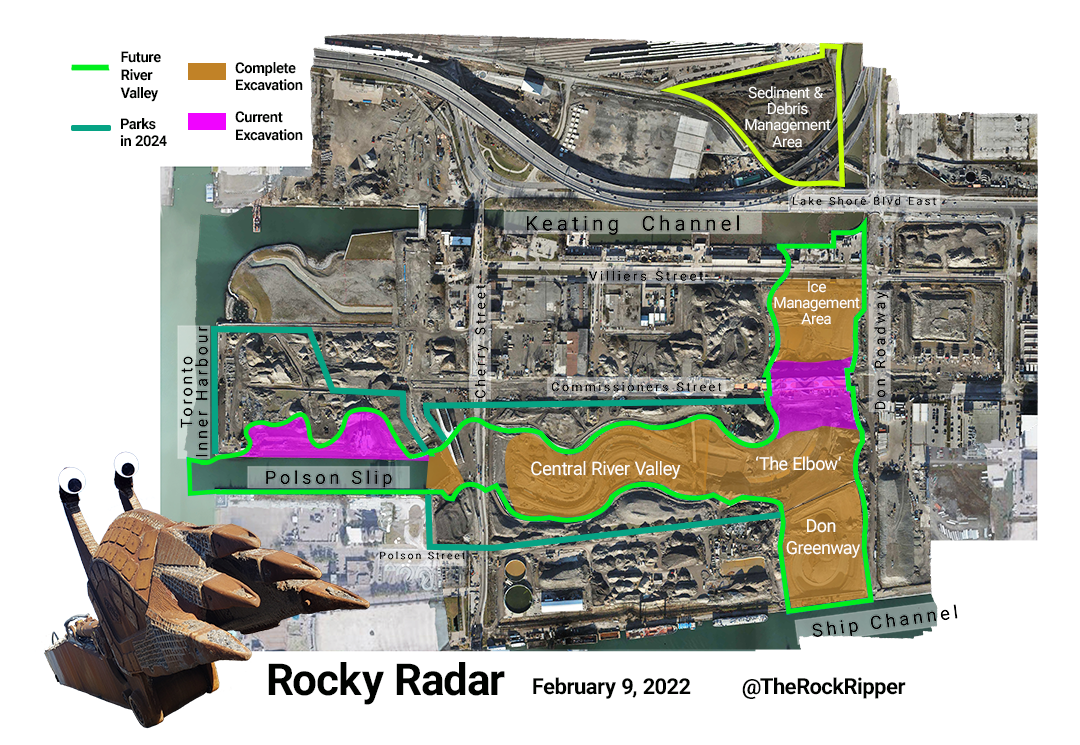 Want to learn more about how we’re digging a new river? Read this blog.